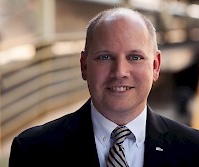 Jim Mathews is President & CEO of the Rail Passengers Association in Washington, DC, a nationwide 501c3 nonprofit transportation advocacy group. In 2016 then-Transportation Secretary Anthony Foxx appointed Mathews to a two- year term on the National Advisory Committee on Travel & Tourism Infrastructure, created by the 2015 surface transportation bill, and was re-appointed in May 2018. He also participates in Federal Railroad Administration regional plan study groups and is a voting member of the FRA’s Rail Safety Advisory Committee and the RSAC Hazardous Materials Working Group.

A lifelong train traveler with a deep-rooted vision for a robust national passenger train network within the U.S., Mathews believes rail can be an economic engine in the communities it serves, a potentially transformative mode in an ever-changing transportation landscape and the most environmentally responsible way to meet the transportation challenges of the 21st century. As a volunteer, Mathews served on the Amtrak Customer Advisory Committee for six years, including two years leading the ACAC as chairman.

At Rail Passengers, formerly known as the National Association of Railroad Passengers, Mathews has been leading a reinvigorated advocacy and legislative effort which has notched several wins in since 2015. These include fending off six separate House attacks on Amtrak, taking a meaningful role in shaping the Senate's 2015 rail authorization, leading a grassroots effort in 2016 to repel White House attacks on Amtrak’s long-distance network and introducing 26 million Americans in 2018 to the breadth of rail travel through the innovative Summer by Rail internship program.

He was recruited to the CEO role in 2014 after a 26-year career at Aviation Week & Space Technology magazine, where he began as a reporter covering naval aviation and aircraft engines, rising through progressively more responsible editorial management positions to become Executive Editor. At Aviation Week, Mathews oversaw the explosive growth of Aviation Week’s online properties and its data and forecasting business, recruiting and leading a news team which won the 2006 and 2010 Neal Awards for best business news website and taking part in an acquisition team that brought a forecasting business into Aviation Week’s orbit. He was also Editor-in-Chief of Aviation Daily, the airline industry business daily. His career took him to 129 cities in 44 countries, as well as affording opportunities to fly 40 separate aircraft types ranging from high-performance military aircraft to experimental and transport-category prototypes.

Mathews was educated at the School of Visual Arts in New York and the State University of New York, as well as completing the Pre-hospital Emergency Medicine program at The George Washington University under the auspices of Fairfax County (Va.) Fire & Rescue, where he was a firefighter/medic for 13 years. Other volunteer experience includes search-and-rescue and disaster relief serving in a command role in the Civil Air Patrol (the U.S. Air Force Auxiliary), water-quality monitoring for the Citizen Science Institute and a seat on the Prince William County Local Emergency Planning Committee (LEPC). He is currently pursuing studies in International Relations and Government at Harvard University. 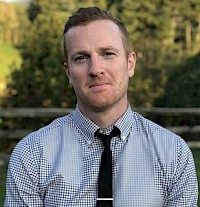 Sean Jeans-Gail (sjeansgail[@]narprail.org) works as Vice President of Policy + Government Affairs for Rail Passengers Association. He joined the association in 2008 as Director of Communications.

Jeans-Gail entered the transportation sector as a field director on a ballot measure campaign that successfully closed loopholes in Oregon’s land use-laws—laws originally enacted by renowned conservationist Governor Tom McCall. He has worked in the industry for over a decade, directing national grassroots advocacy campaigns and serving as a spokesman for transit and passenger rail. In addition to overseeing federal policy, Jeans-Gail is in charge of Rail Passengers Association’s field organizing team, which supports passenger-centric legislation and voter initiatives at the state and municipal level.

A native of Portland, Oregon, he holds a B.A. in philosophy from the University of Oregon, where he was on the Dean’s list and a member of the Phi Beta Kappa Honor Society. He also served on Capitol Hill as a Congressional Intern.

Jonsie has been building partnerships benefiting non-profit organizatios for more than twenty years, generating revenue for organizations such as NACHA, the Bob Woodruff Foundation and the Armed Services YMCA.

Jonsie is a born and bred Virginian and lives with her husband of 27 years, their 2 sons, 3 beagles and a cat in Bristow, VA. 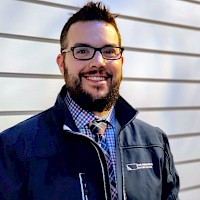 Boston transplant hailing from the Southside of Chicago, son of a Teamster, grandson of a Senator, Joe works tirelessly to assure the safety and security of urban commuters and the future of high speed rail. From his time as an Executive Board Member of East Cambridge Planning Team, to acquiring his MPA - Public Administration at Northeastern University under former MA Governor Michael Dukakis, Joe has been dedicated to the betterment of his community at large and pursues every opportunity to advocate for commuters. Through his current tenure as Field Coordinator for the Association and as former Community Outreach Liaison for the North-South Rail Link, Joe is networking, coalition building, and campaigning for better transportation connectivity. He has won numerous advances for the field at large. Grassroots Activist and Small Town enthusiast, Madison spent the summer of 2019 providing extensive coverage of the national network visiting over 25 towns in 50 days advocating for long-distance rail and rural accessibility. With a decade of nonprofit experience — including Lexington Area Musician Alliance, Food Not Bombs, multiple LGBTQIAA+ groups, Anti-Racist Action, Kentucky Workers League, CO Prop 64 Campaign, PHX No on Prop 105, Rail Passengers Association, Woodford County Humane Society, and the Woodford Theater — they are committed to the intersectional advancement of civil rights for all.

"I’m so proud that we came together in bipartisan fashion in the Senate to keep the Southwest Chief chugging along, and I’m grateful for this recognition from the Rail Passengers Association. This victory is a testament to what we can accomplish when we reach across the aisle and work together to advance our common interests."

Senator Tom Udall (D-NM)
April 2, 2019, on receiving the Association's Golden Spike Award for his work to protect the Southwest Chief